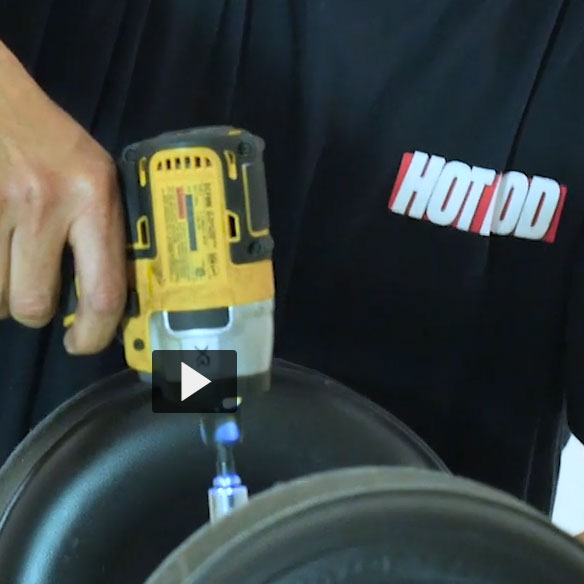 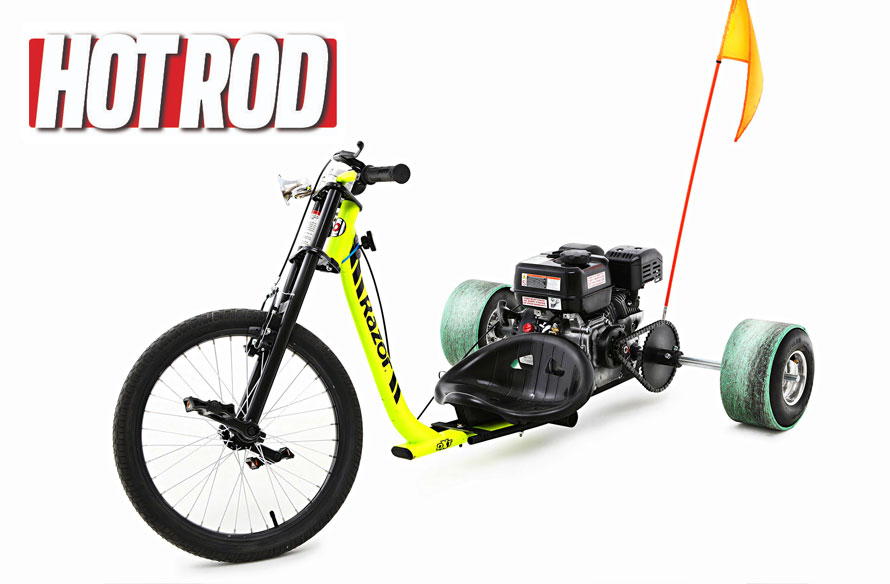 "Drift trikes aren’t new, they were called Big Wheels or Green Machines in the 1970s and featured mechanical tricks you might recognize on modern drift cars like “stick shift” brake handles and absurd steering angles. Fuzzy wristbands, Keds, and sliding sideways on a Big Wheel made for serious street cred in 1976.

The drift trike faded away as the punks coming up preferred folding Razor scooters and adults starting buying Segways. Then, a few years ago, we starting seeing drift trikes return in the form of metal-framed renditions of the classics with dirt-cheap price tags. They were designed as simple tricycles with slick wheels that drifted with a little pedaling, but let’s face it, someone took one on a high-speed downhill run as soon as it was out of the box on Christmas day.

In the decades between Big Wheels and modern drift trikes, Harbor Freight began selling the Predator 212cc 7hp engine for about $100. When technologies converge, the universe demands action. Get ready for a $500 motorized drift trike you can build in the garage."